“Stop acting! Be your unique self… Everything you need is within you.” 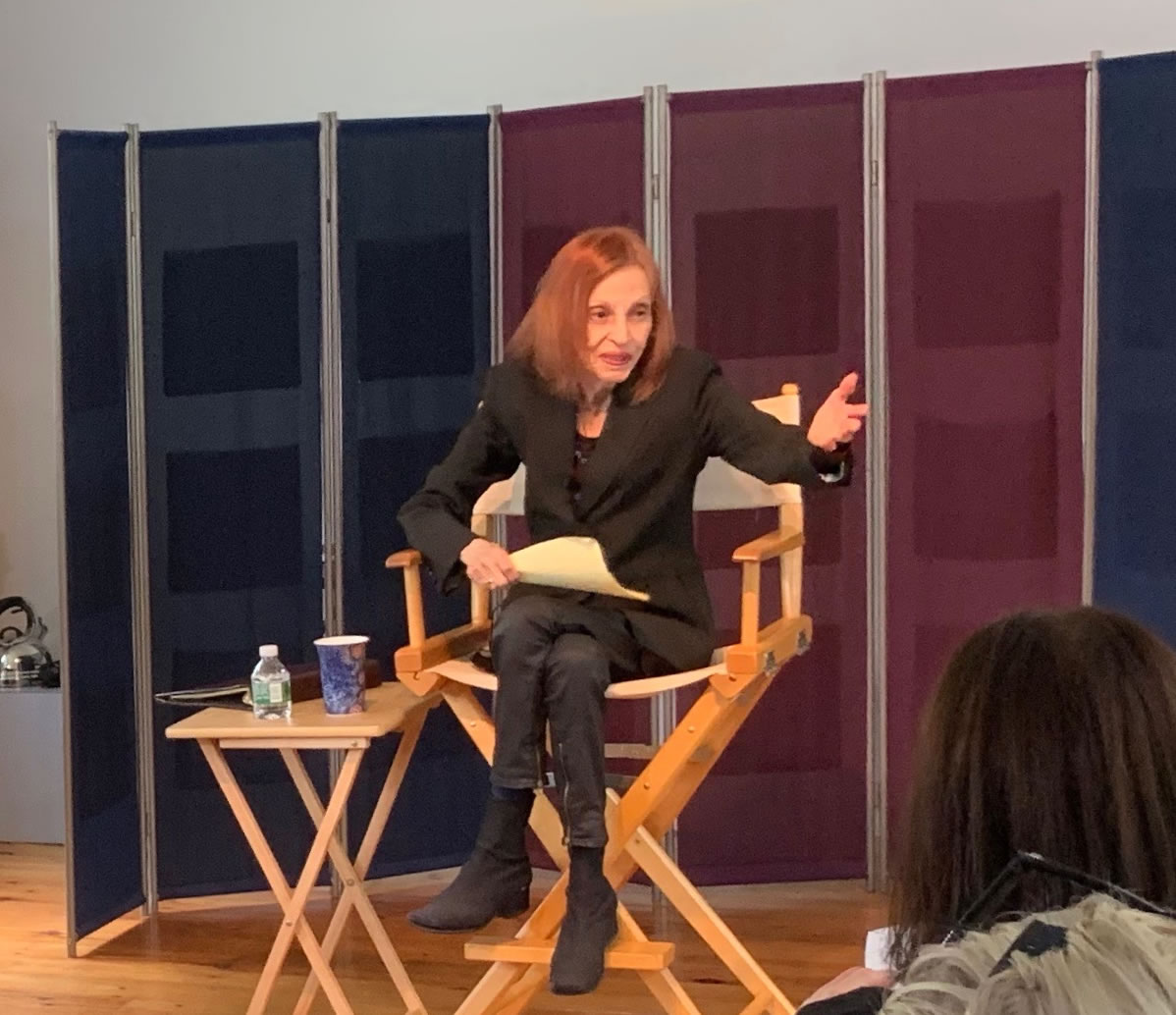 In 1980, Sande Shurin changed the direction of teaching acting with her new “Self and Character” based technique called Transformational Acting. Focusing on the uniqueness of each actor and developing their ability to be “Prescenced”, to use their current emotions, and to transform who they are into the written character. She coaches the actor to take bold actions, take risks, and continually move past their limitations. She does this in her NYC and Woodstock NY Acting Studios. Sande also private coaches in person and on Skype.

Shurin’s coaching has appeared on Oprah, as acting coach on America’s Next Top Model and many other reality shows. She has directed on and off Broadway, and also on the TV series: “Working Actors”, and for film: “True Love” and “Museum Scandals ” Sande is the author of 2 books: “Transformational Acting – A Step Beyond” and “Star Power – Defining Your Individual Signature”.

“I think it’s safe to say that my acting has exploded and expanded beyond anything I could have imagined!”
Anthony Rapp, Star of Broadway & Film (Rent, Six Degrees Of Separation, A Beautiful Mind), Charlie Brown If /Only, Star Trek Discovery

“Sande is an incredible teacher. Her Techniques are so good I use them in my life as well as work.”
Casey Nicholaw, Tony nominated Director (The Drowsy Chaperone), Tony Winner Director (The Book Of Mormon), Aladdin, Something Rotten

“My name is William Sanderson and you may know me as Sebastian in Blade Runner, Larry in Newhart, Sheriff Bud in True Blood, or E.B. Franum in Deadwood.  Sande Shurin is a wonderful director and acting coach. I got my first agent in the mid-1970’s after appearing in the play “Insect Comedy” which she directed. She knows how to light a fire in actors — she threatened to fire me if I didn’t come up with something more inventive. I talk about Sande in my memoir Yes, I’m That Guy: The Rough and Tumble Life of a Character Actor.”

“Sande is amazing. Her acting technique and ongoing workshops have guided me, throughout the years, to live and create outside the box.
Lisa D’Appolito – Emmy award nominee for Love, Gilda

“Life has become richer, sweeter and far more vivid for me under Sande’s guidance.”
Christianne Tisdale, Broadway, Beauty and the Beast, Triumph of love, On a Clear day, Les Miserables, many National tours, West End and Toronto. Blacklist recurring, Law and order. Award winning web series Wallflowers. Currently on B’way in Wicked and Producing Ghost Lights:Reclaiming Theatre in the age of aids.

“With Sande I ‘stopped acting’ and was able to have real emotions and experiences on stage. Acting returned to the incredible rush it had been earlier…that sense of flying.”
Annie Edgerton, Mamma Mia, Kinky Boots, Good People, Host Broadway Buzzed

“Sande’s technique has not only helped me as an actor but now as a Casting Director I constantly see her technique inspiring and shining through her students at auditions.”
Bob Lambert, Emmy-award winning casting director and winner of a Drama Desk award for Gypsy.

“Sande Shurin whose Visionary acting Technique lifted my career, is an Acting Icon. “Everything starts with you in Acting and in Life”
Robert Fowler, Broadway The Producers, Beauty and the Beast, NH Theater Award nominee best featured actor Memphis..Tony award for Broadway Voices.